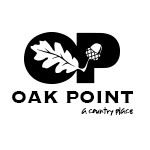 The City contracts with All American Dogs for animal control services. These services include containing stray animals and periodically patrolling neighborhoods to enforce the City’s animal control regulations as outlined below.

It shall be unlawful for any owner or person in control of an animal, other than a cat, to be “at-large”. At-large means:

It shall be unlawful for any persons to harbor or keep on, in, or about his/her premises:

Livestock must be housed on property with at least 600 square feet for the first animal and at least 400 square feet for each additional animal. The animals must also be kept no less than 100 feet away from structure being used or occupied on another property.

No fierce, dangerous, or vicious animal, whether, licensed or not, shall be allowed in the city.

The term "vicious animal" means any animal (except a dog assisting a peace officer engaged in law enforcement duties), without provocation, attacks or bites any human being or any domestic animal or which has a known history of attacking or biting human beings or animals, including a dangerous dog as defined in V.T.C.A., Health and Safety Code Chapter 822, Subchapter D.

"Vicious animals" do not include any animal which bites, attacks or menaces a trespasser on the property of its owner or harms or menaces anyone who has tormented, tortured, or exhibited cruelty to such animal.

It is unlawful to keep any wild animal inside the City.

All American Dogs will loan traps for wild animals such as Skunks, Raccoon, and Armadillos. The cost to clear the traps is $60 and is incurred by residents requesting traps. To confirm costs of traps, please contact All American Dogs.

All American Dogs provides animal control services to the City of Oak Point. As part of their daily outreach, they pickup stray animals and try to get the animals back to their owners. In cases where the owner cannot be located and the dog is adoptable, All American Dogs reaches out to both the internet community and their local communities to find loving homes.